I bottled my fourth homebrew on Tuesday1, so I figured it’s about time I get to touching on my second and third, before I get to taste my fourth and start on number five.

For my second beer, I wanted to build on my first, Sir Brusif, King of the Cave, a New England style IPA, and try to mash that with a beer I loved, Mr. Shakey (Peach) from Maplewood Brewing out of Chicago.

To get that Mr. Shakey vibe, I went with adding 0.5# of lactose sugar, 2 vanilla beans, and 49oz of peach purée. I also switch up the yeast to Omega’s Tropical IPA (this would turn out to be a mistake), and more than tripled the hops, using Citra and Galaxy during the boil, and Citra, Galaxy, and El Dorado for dry hopping.

In the end, the lactose and peach purée weren’t present enough and the new yeast was too dry for the style. It still turned out pretty tasty, and was just as good as my first beer, but the expectations were super high going in and it just couldn’t live up to it. 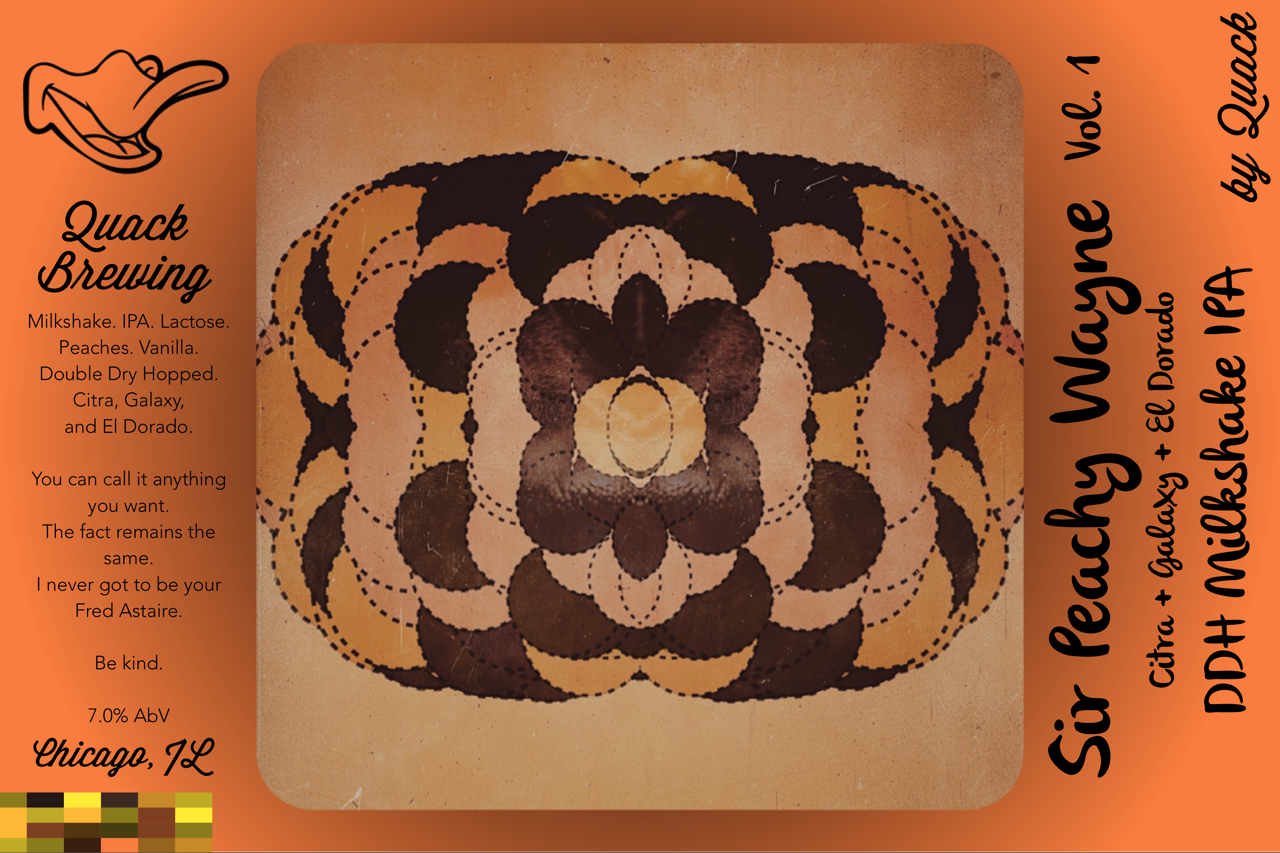 Going into my third beer, I received a challenge from my cousin to design a beer around his sunny personality. He is an eccentric, outgoing, person who moved to LA when he was pretty young and recently dyed his hair blonde. Given all that, I designed a label and beer around that. This also happened to be my first all-grain recipe, built from scratch, as opposed to my previous two extract brews, and the first beer where I tinkered with water chemistry.

The beer was a Belgian blonde, that was soured in the kettle, used Lemondrop hops and lemon zest from six lemons in the boil, and then sat on some frozen strawberries for the last week during secondary fermentation. It was also dry hopped with Belma and Styrian Wolf. All in all the strawberries and dry hops were extremely subtle, barely noticeable, if at all.

I was super pleased with this one. It had a very nice floral element to it and the lemon and sourness was present, but not even close to being overpowering. Really, this should’ve been brewed in the summer to be enjoyed by some water or in the garden.

I previously mentioned my Creamsicle of the Cave beer, which was just bottled. It’s going to be an all-grain milkshake double IPA with oats, lactose, and honeybell oranges. Unfortunately, I forgot to add vanilla beans to this one… I’ll report back on how that turns out in about two weeks.

Along with that, I’m already planning my fifth beer, which will be a gift for my mother and aunt on Mother’s Day. It will have a lot of similarities to Sir Stone Age, except I’ve switched up the grain and hop bill slightly, I won’t be souring it, and instead of strawberries, I’ll be adding a gallon of grape juice into the fermentor to give it some wine-like characteristics.