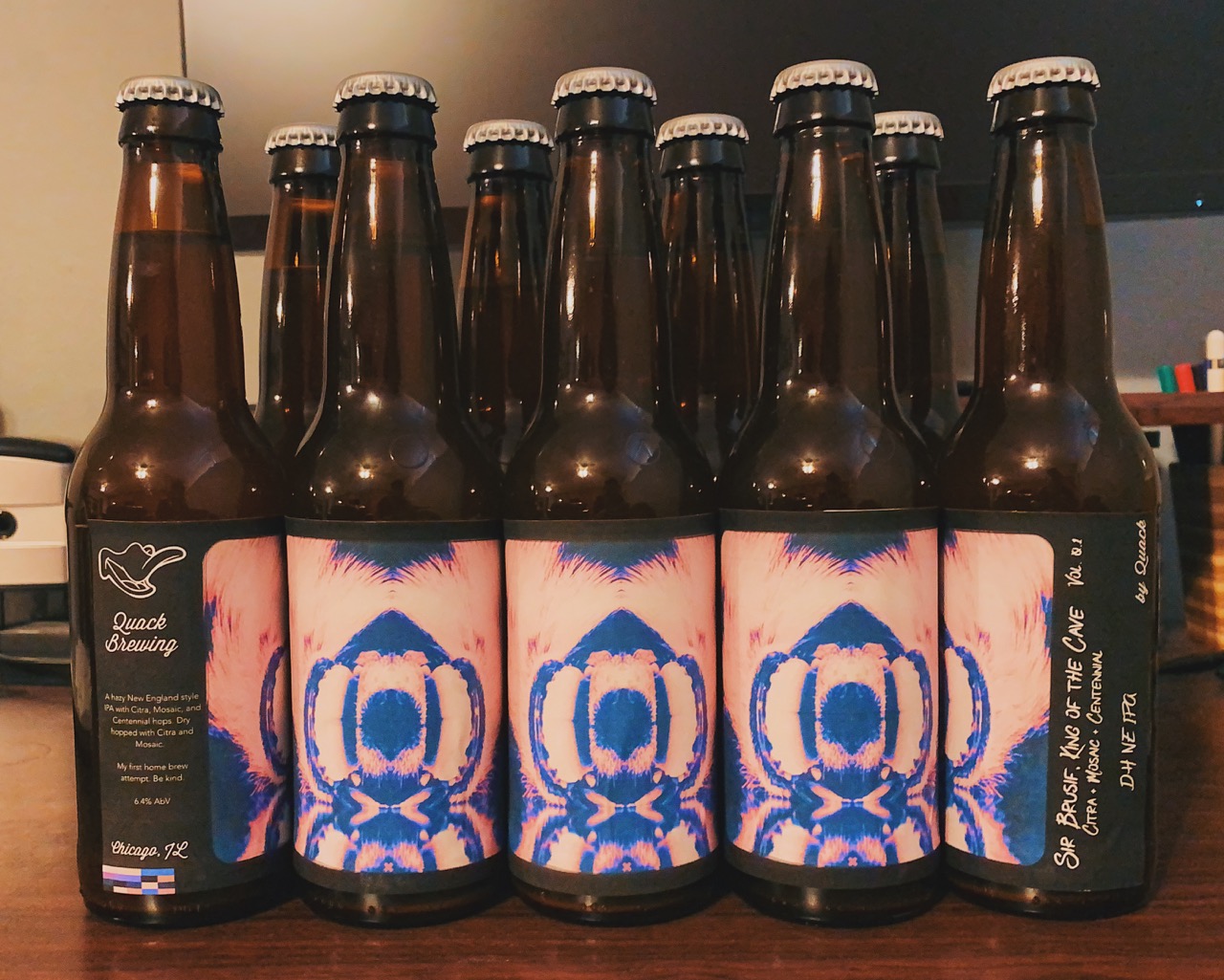 So I brewed my first beer ever on 10/12/2019, with it going into the fridge on 11/12/2019. So it’s been about two weeks now since completion. I’ve had maybe three myself and have given out about fifteen to get reactions from others. Overall, it’s been pretty positive. I’m brewing with extract, rather than all-grain and mashing myself1, but I’m still pretty happy with how it turned out.

My first beer is Sir Brusif, King of the Cave a dry hopped New England style IPA with Citra, mosaic, and centennial hops. 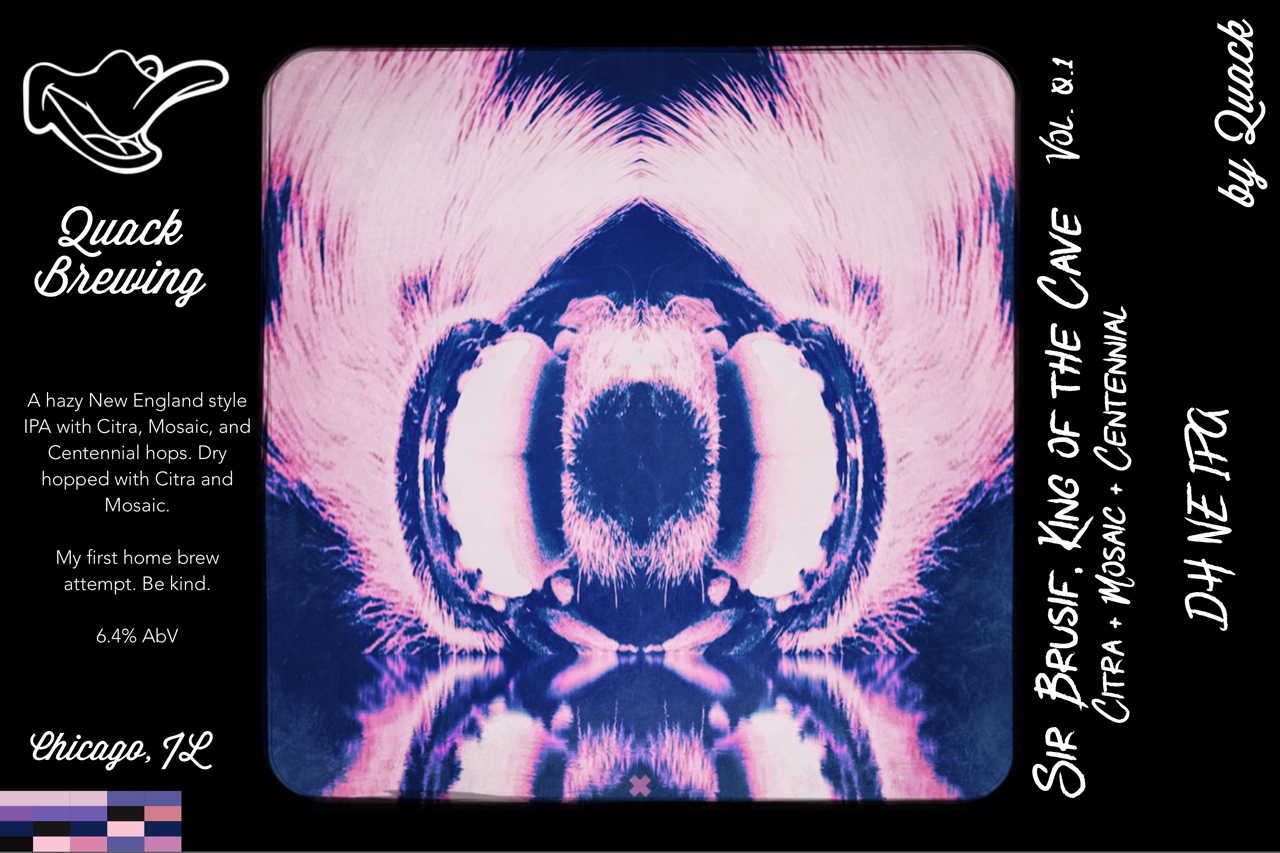 I came away with three things to do better next time. First and easiest, don’t put the extract in so early in the boil. I think it was a bit overcooked and came out darker than I’d like. Secondly, definitely need some more hops in the dryhop stage. Lastly, do more to filter out some of the trub. I will probably just use some bags for the hops moving forward.

In the end, it’s still a pretty damn delicious hazy IPA, especially considering the fact it’s the first time I’ve ever brewed anything.

I already have my second brew day planned for Black Friday this week. Sir Brusif, is still the base plan here but I’m trying a few different things. First of all, I’m switching up the yeast from Omega’s British Ale IV, which is a common hazy yeast, to their Tropical IPA yeast, which isn’t really intended for hazys and has dryer tendencies. Why you might ask? Well I’ll be using lactose this time around with peach purée. I’m hoping those two will balance well against the dryer ipa yeast to give me something a little different than a typical milkshake IPA. For steeping grains, I’ll be using oat malt and 2-row to hopefully add some mouthfeel to it. Lastly, the hops will be doubled and switched to Citra, Galaxy, and a bit of El Dorado.