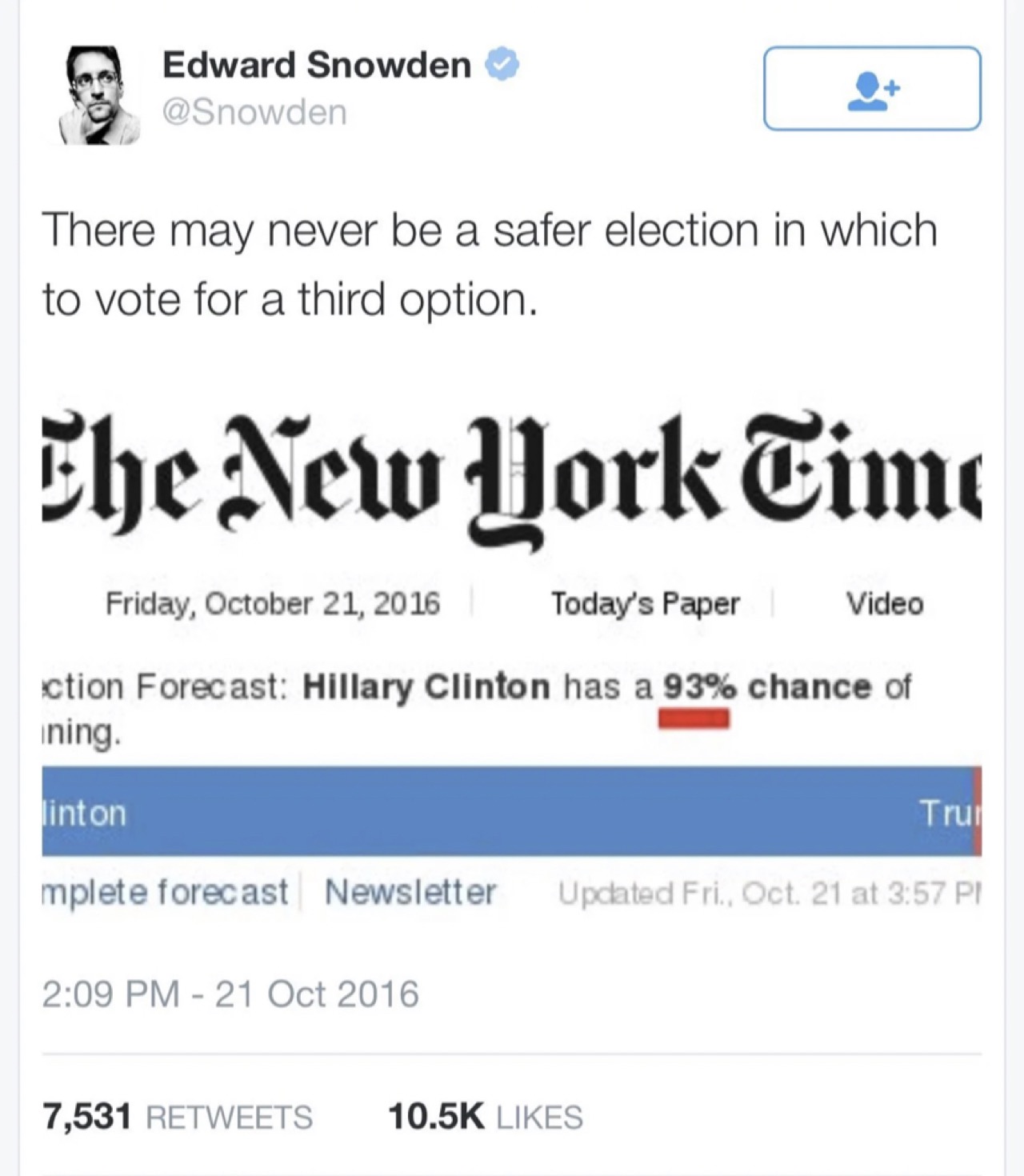 Edit: I would never claim to know better than anyone else, if you feel a vote for third party is what�s best for the country so be it. In my opinion, we are in unprecedented times and building a movement of the People�s Party, which is a great idea, but if the common thread of those supporters starts to become vote Green, then the consequences could be tire. Margins are tight, but do what you feel is best for the country as a whole.