🍺 Drafting Up Some Homebrew Beer Labels

Because I don’t know how to do anything halfway, and my first beer is ready to be bottled on Wednesday, I figured it’s time to start designing some sticker labels to throw on them.

I’ve already decided to call my little homebrewery Quack for no other reason than its simple, kinda quirky, and different from anything out there. Then I made a play on the Daffy/Donald Duck duckbill as a little logo.

From there I knew I wanted to use my weird graphic designs as the centerpiece of the labels so it’s just a matter of how to incorporate that into a label.

Currently I have the designs front and center on a 3x2 canvas, with rounded corners and text rotated on a 90° angle to fill the white space with the beer name and logo.

I still have a lot to figure out in terms of the format, spacing, sizing, and styling of the type, but as a first go thrown together over my lunch today, I don’t think it’s half bad.

Here are a couple drafts that follow this initial layout:

For my first beer, a New England IPA, which is getting bottled this week, I have a design based on a picture of my dog, Bruce Wayne. If you look closely you can see the snout and fur. It’s also named after him, Sir Brusif. 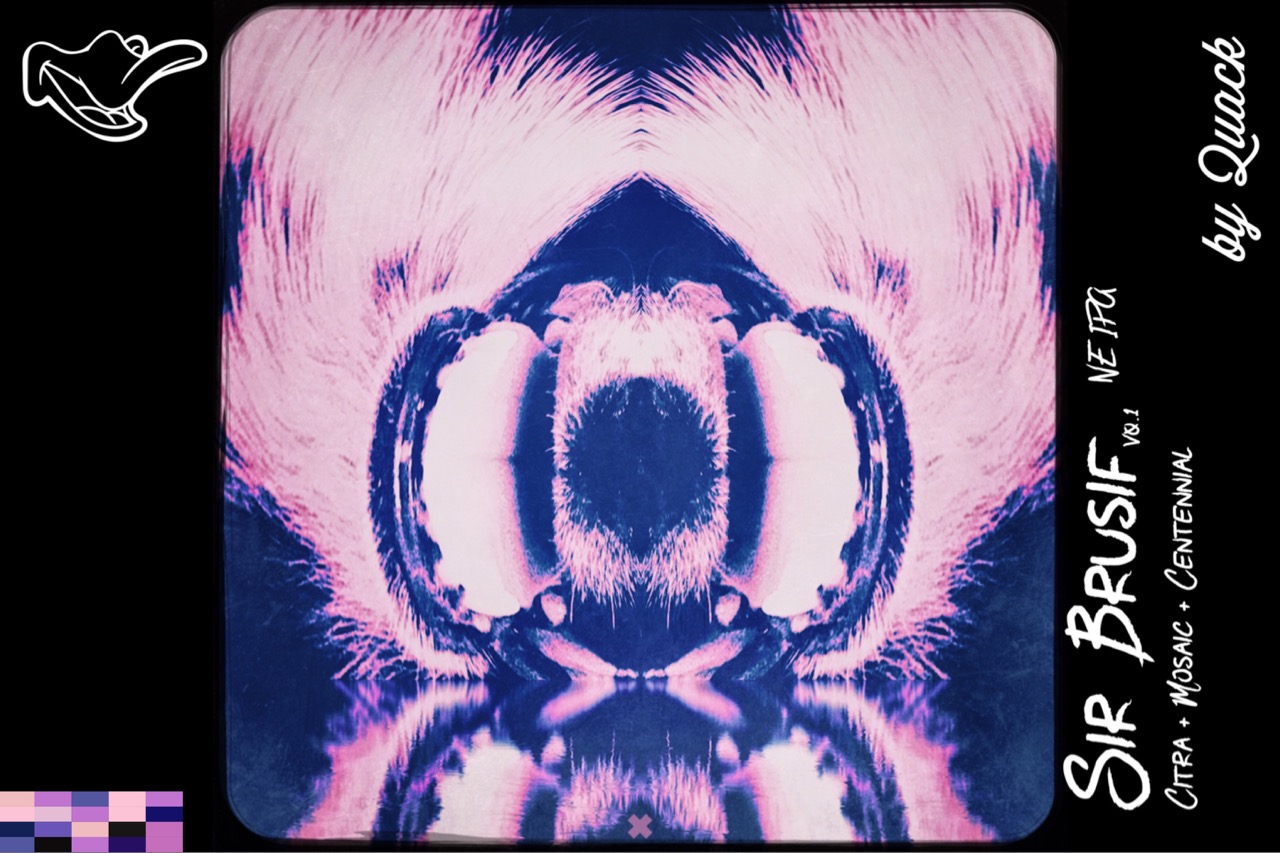 My next planned beer is a Sour Wheat Ale with blackberries. It has the honor of being named Meandering, which is what I have a tendency to do whenever it’s time to head out the door. The centerpiece design uses a photo I took in Cannes, France. 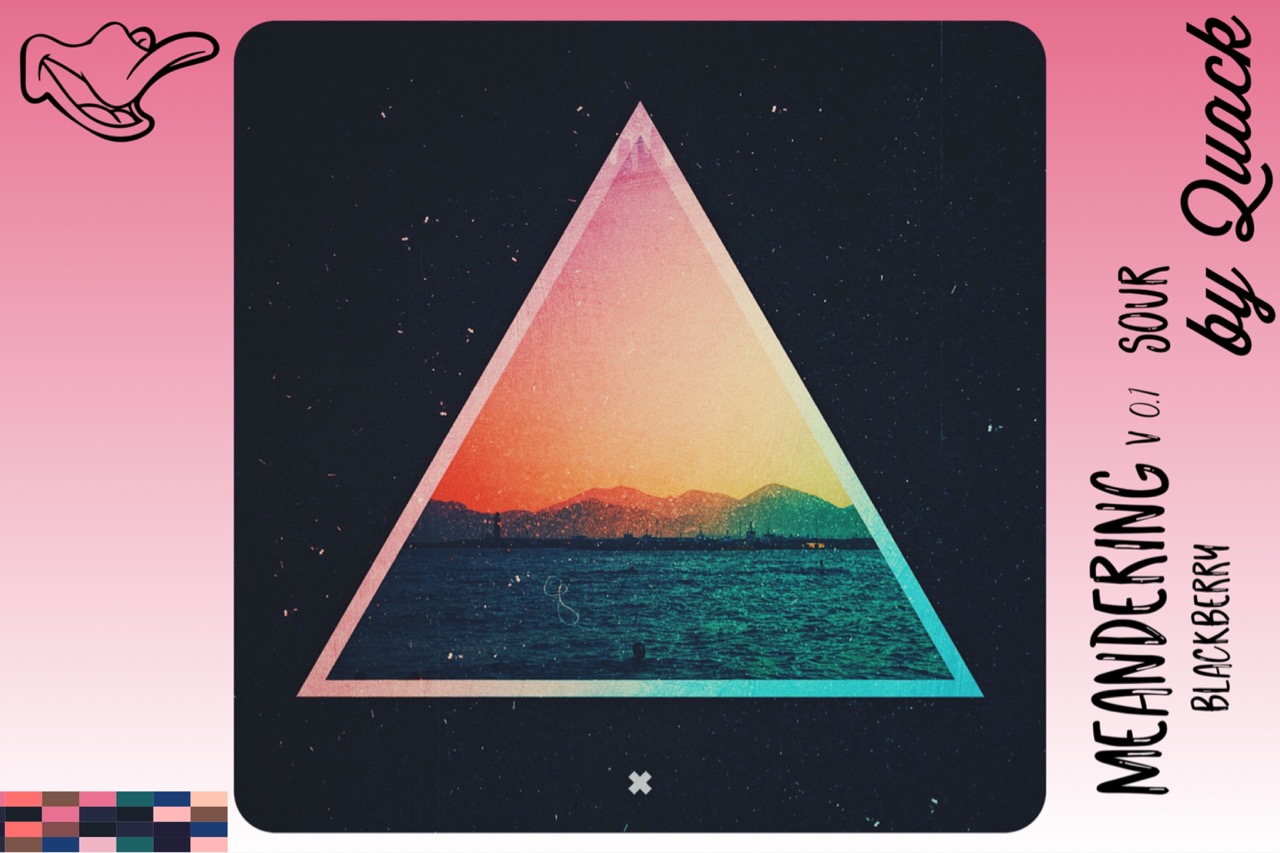 Lastly, a label I haven’t quite finished up yet both in design and idea for the beer. I want to do a milkshake style IPA with galaxy hops. Maybe have some sour funkiness too. So this is what I have so far for Galactic Grub. 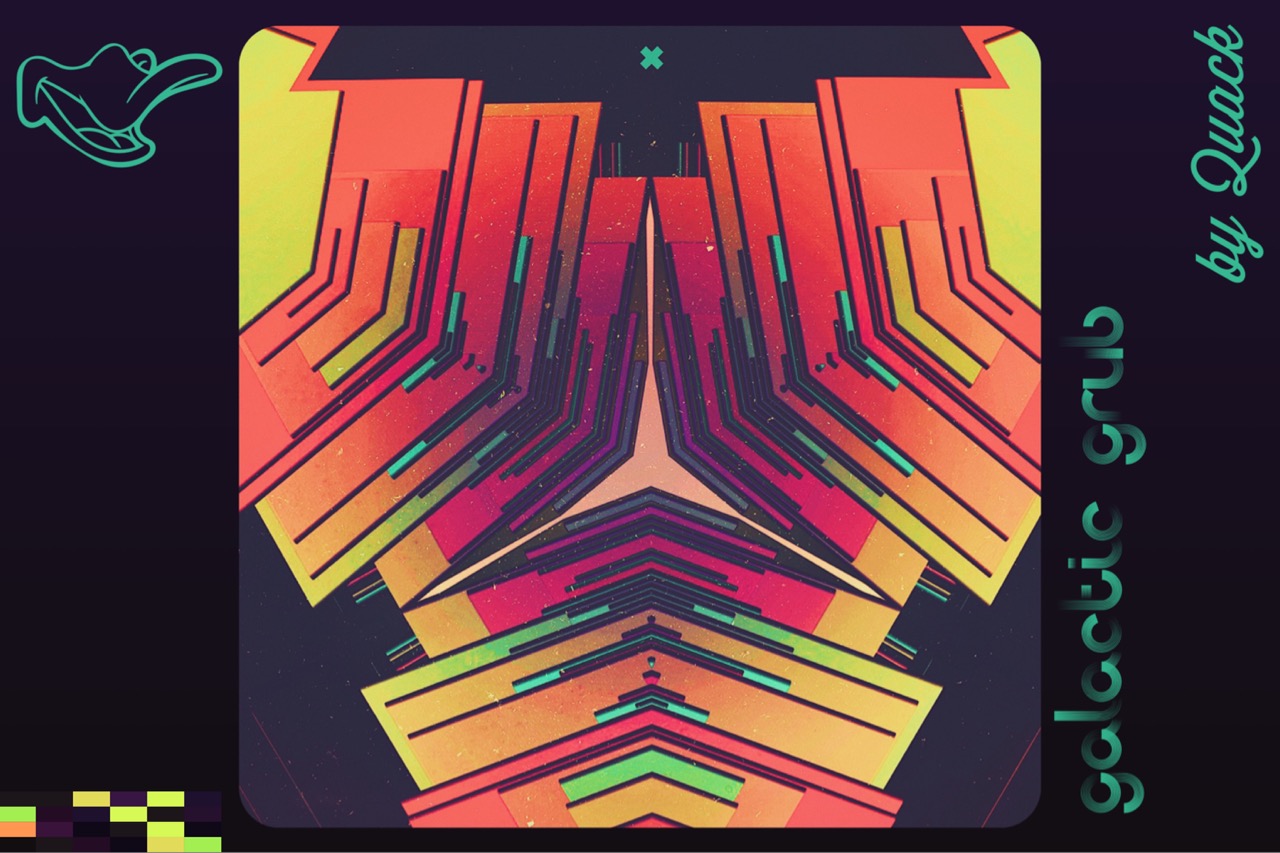 I’d love to hear ideas for ways to improve these. Off the bat, I know the “by Quack” needs a consistent size, but there’s still plenty to improve on here.

Edit: for those wondering, these are all created on iOS. For the centerpiece designs, I use various apps, such as Whorl, Fragment, Mextures, VSCO, Hipstamatic, Assembly, Circulr, Union, PhotoMirror, and many others. Then to create the labels, I round the corners of the designs in Diptic, add to a 3x2 colored background in Union, add the duck bill logo in Assembly with an SVG I created and imported to be a sticker, add the little color palett at the bottom with Palette Republic, and finally, I add the text with Over.