✖︎ Hazy IPA + Espresso: A Story and Experiment in Images

So I was working from home today, and as one does when they have a new home espresso machine, I drank a lot of espresso throughout the day. By one o’clock I had downed my third double shot of the day (maybe that’s not a lot for you, but I usually only have one in the morning, maaaaybe a second in the late afternoon, if I’m lucky).

So at this point, I’m pretty wired and actually being really productive on a new project. As three:thirty rolls around, I decide it’s time for a beer (probably best you don’t tell my boss). I got a four-pack last week of a new beer (to me) of Loosey Juicy, a New England Style IPA from Shortfuse Brewing out of Schiller Park, IL (just outside of Chicago), that I decided to give a shot (P.S. it’s a really good Hazy IPA, if you’re into that sort of thing).

After wrapping up a few things around four:thirty, I decided I could go for another beer. It is Friday after all and the work week is over. All of a sudden I had an epiphany “wouldn’t it be great if espresso and beer went well together”. However, this was immediately struck down by the more sensible part of my brain as a bad idea.

Then the text messages below ensued and pretty much guaranteed the experiment would have to take place (pardon the inside joke/language between my fiance and I): 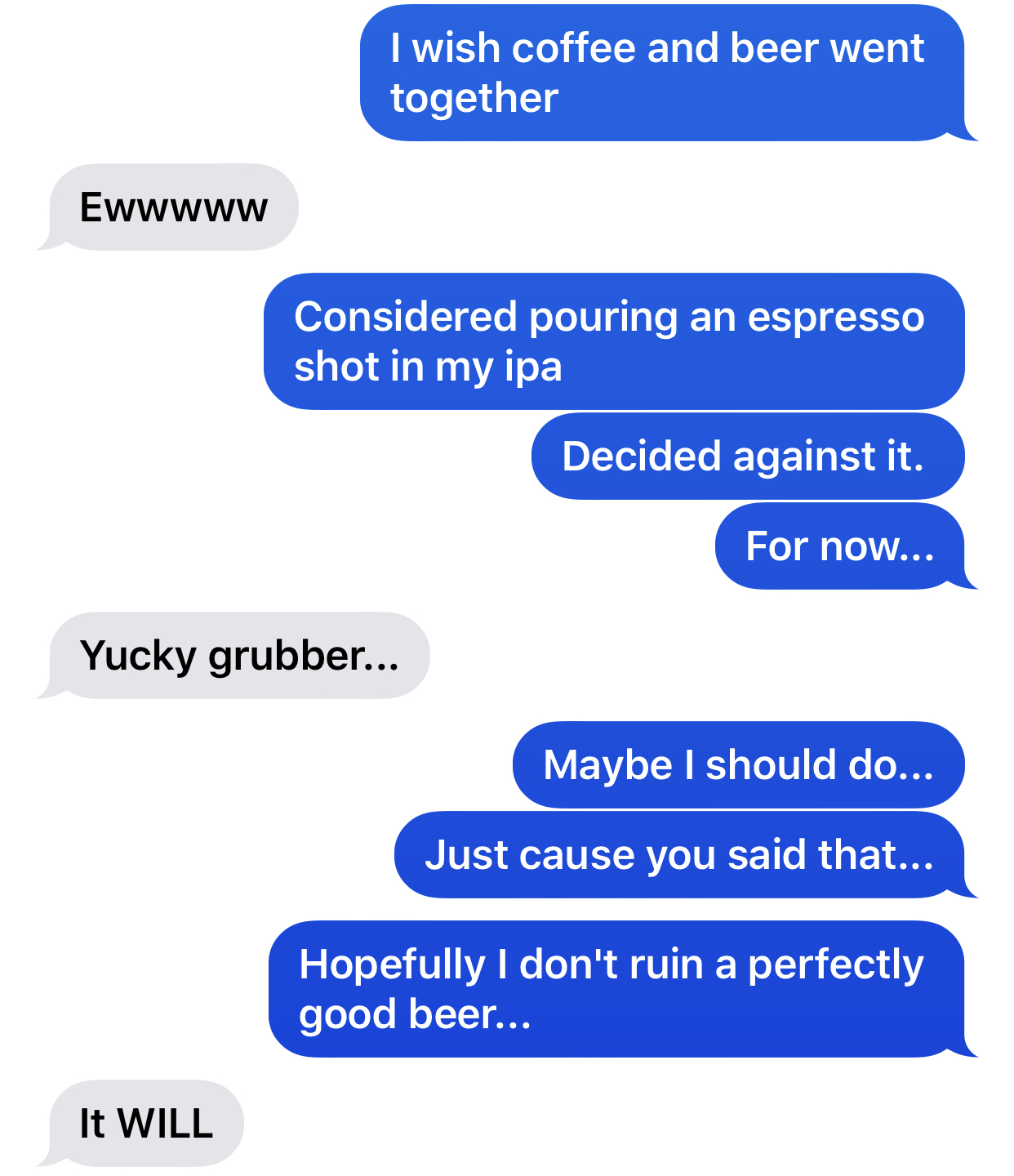 And the experiment commences.

Here we have both the Hazy IPA and a freshly brewed double shot of espresso: 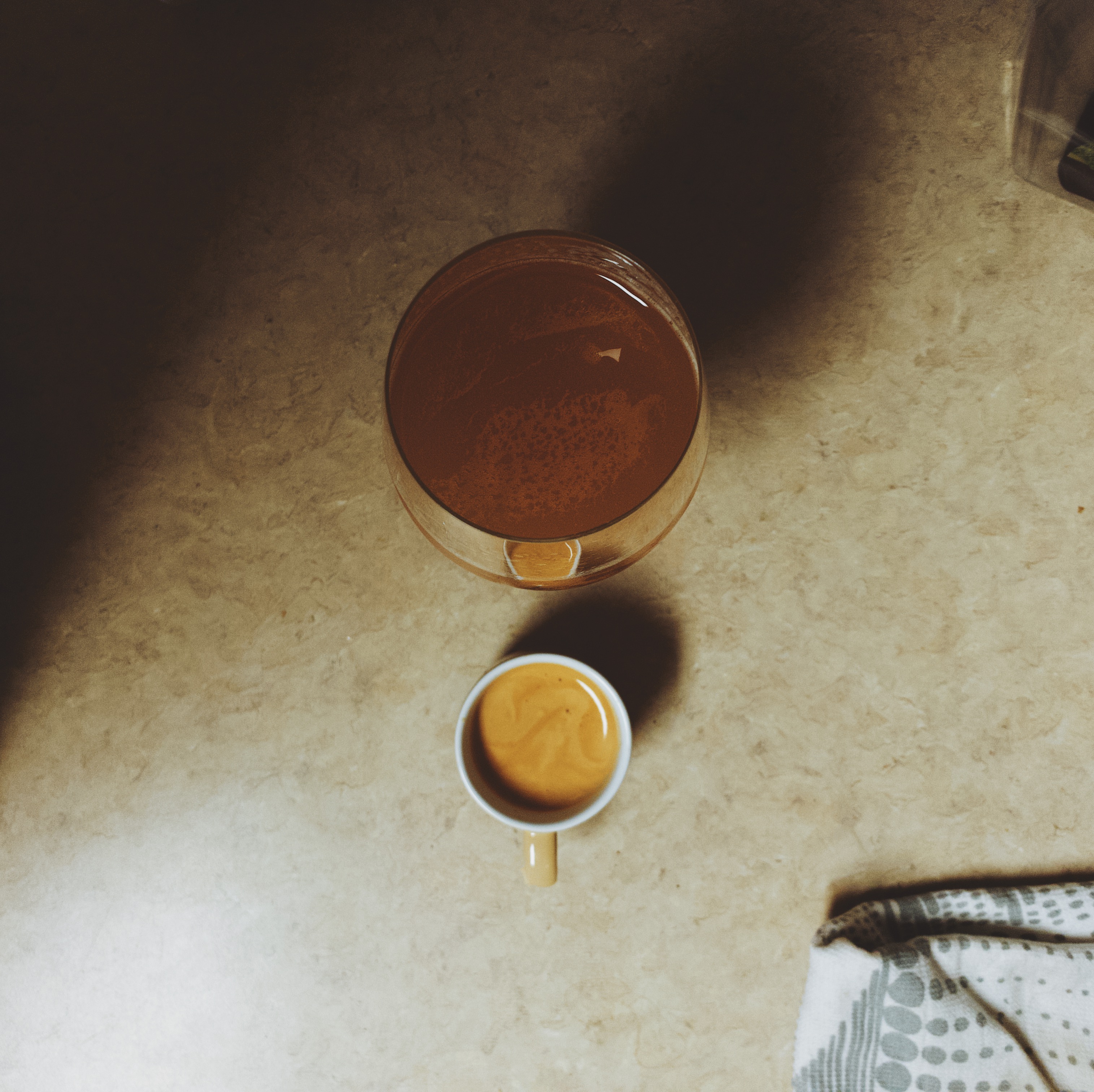 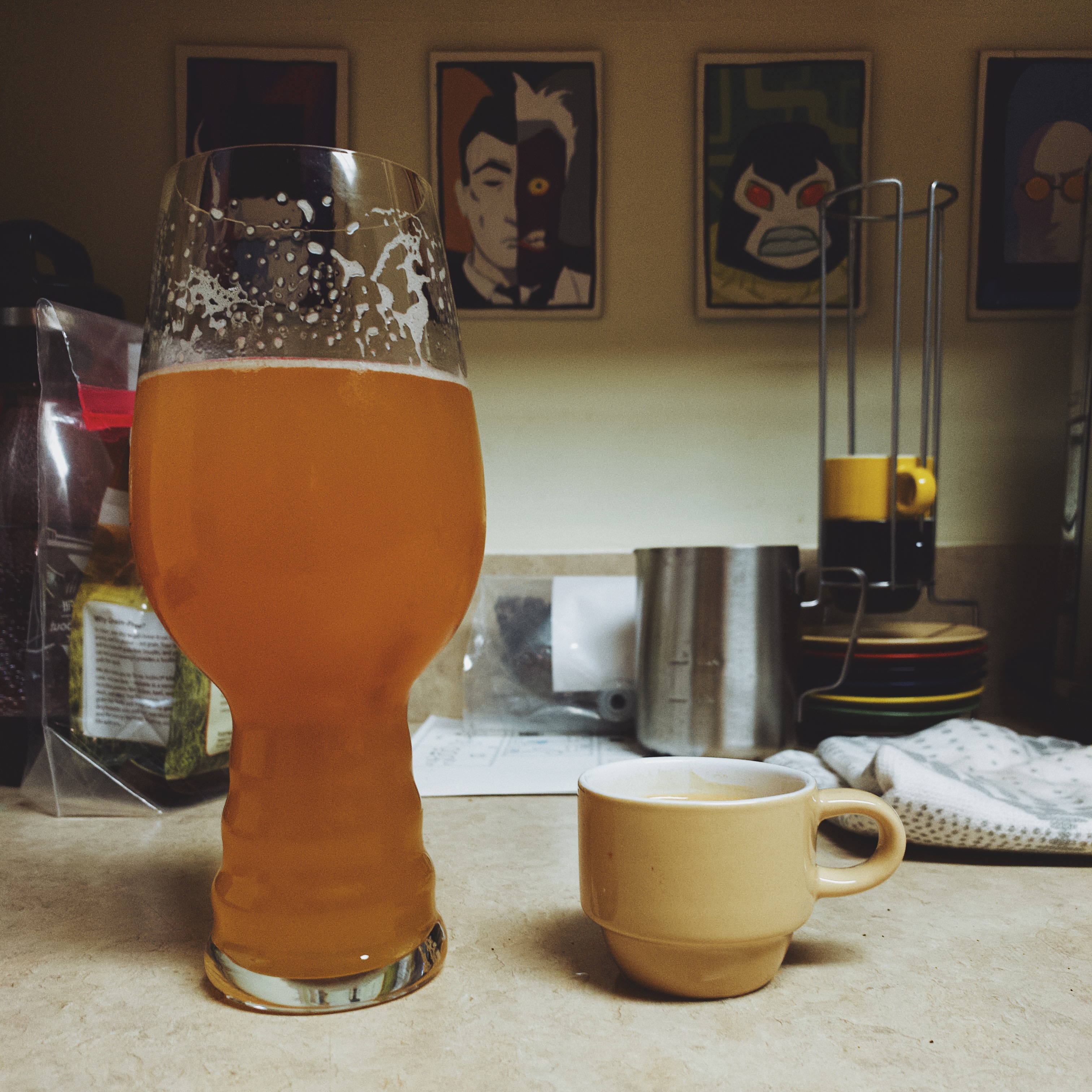 So it turns out… it makes a huge mess after combining the two… I guess I probably should have expected this… But I did not: 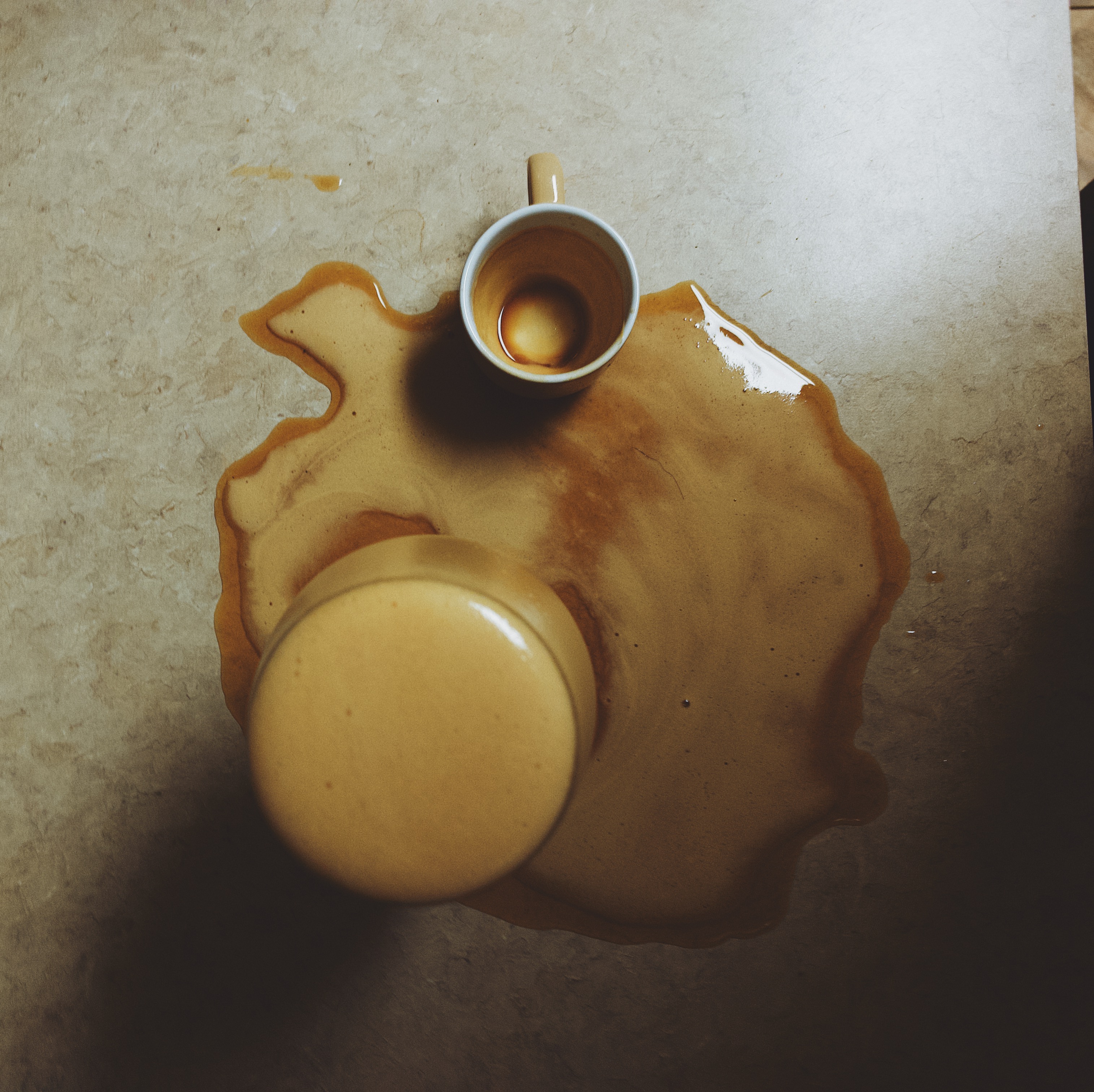 After the mess is cleaned up and the dust settles we have our new beverage, a Hazy Espresso IPA: 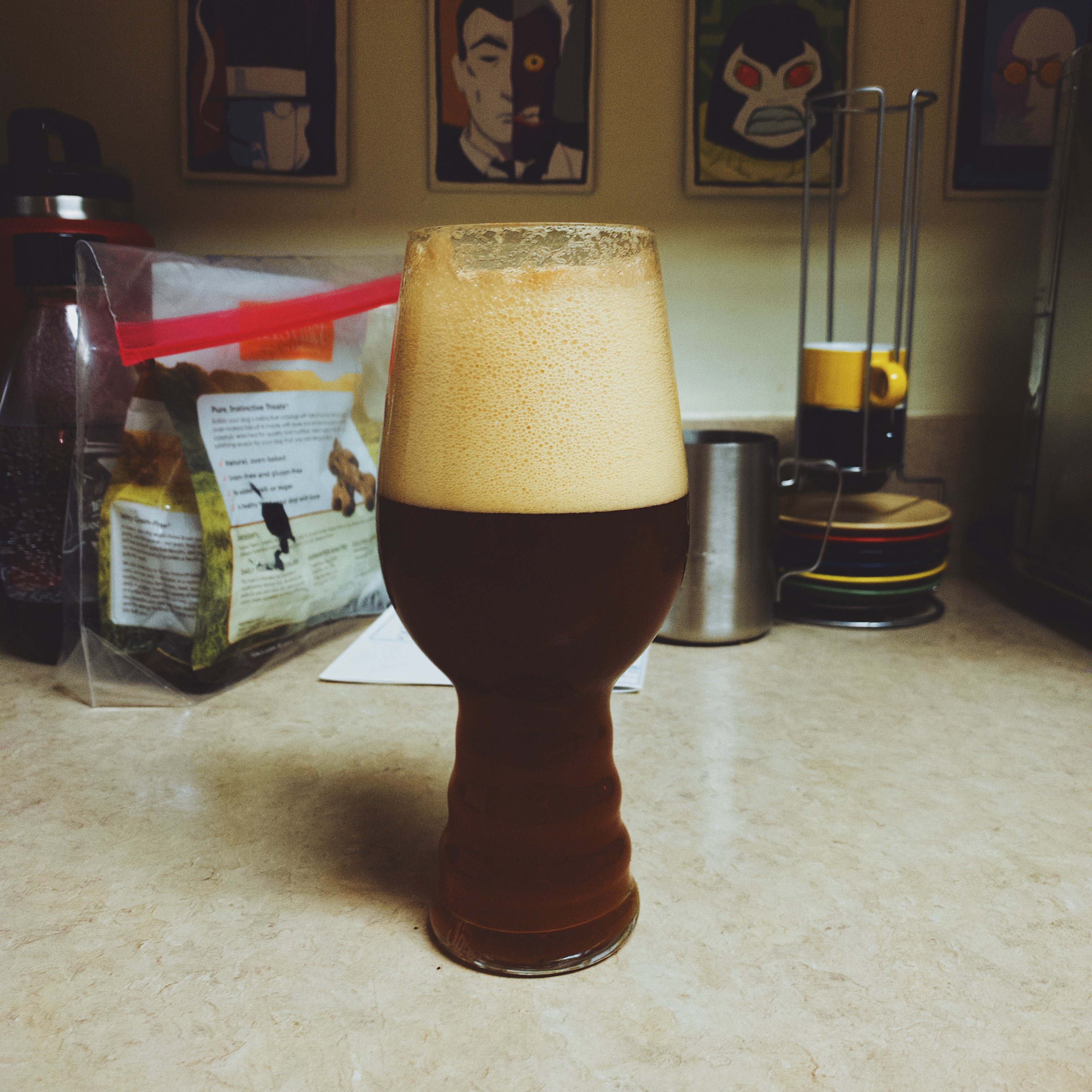 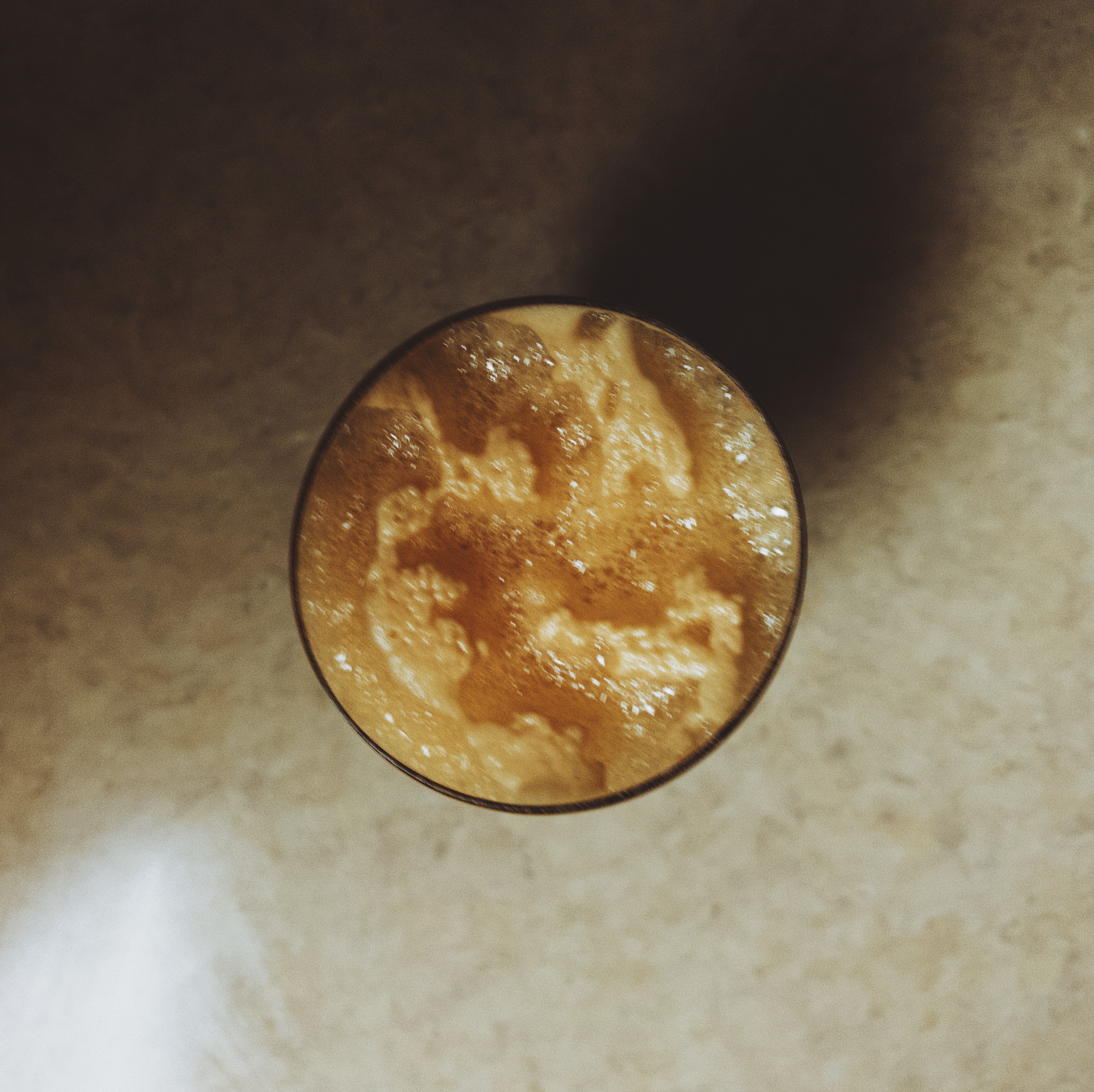 After a few sips, I didn’t exactly know what to think. The foam at the top reminded me, both in taste and texture, of a nitro cold brew, which was quite pleasant. The smell, however, was in your face, and pretty powerfully at that:

In the end, I enjoyed it. It’s different. Probably an acquired taste… I hear mixing caffeine and alcohol isn’t the best course of action, so there’s your disclaimer. I also feel like it’s something that might not sit very well in my stomach, but it tasted a lot better than I expected going in and was a pleasant surprise overall, evidenced by the empty glass: 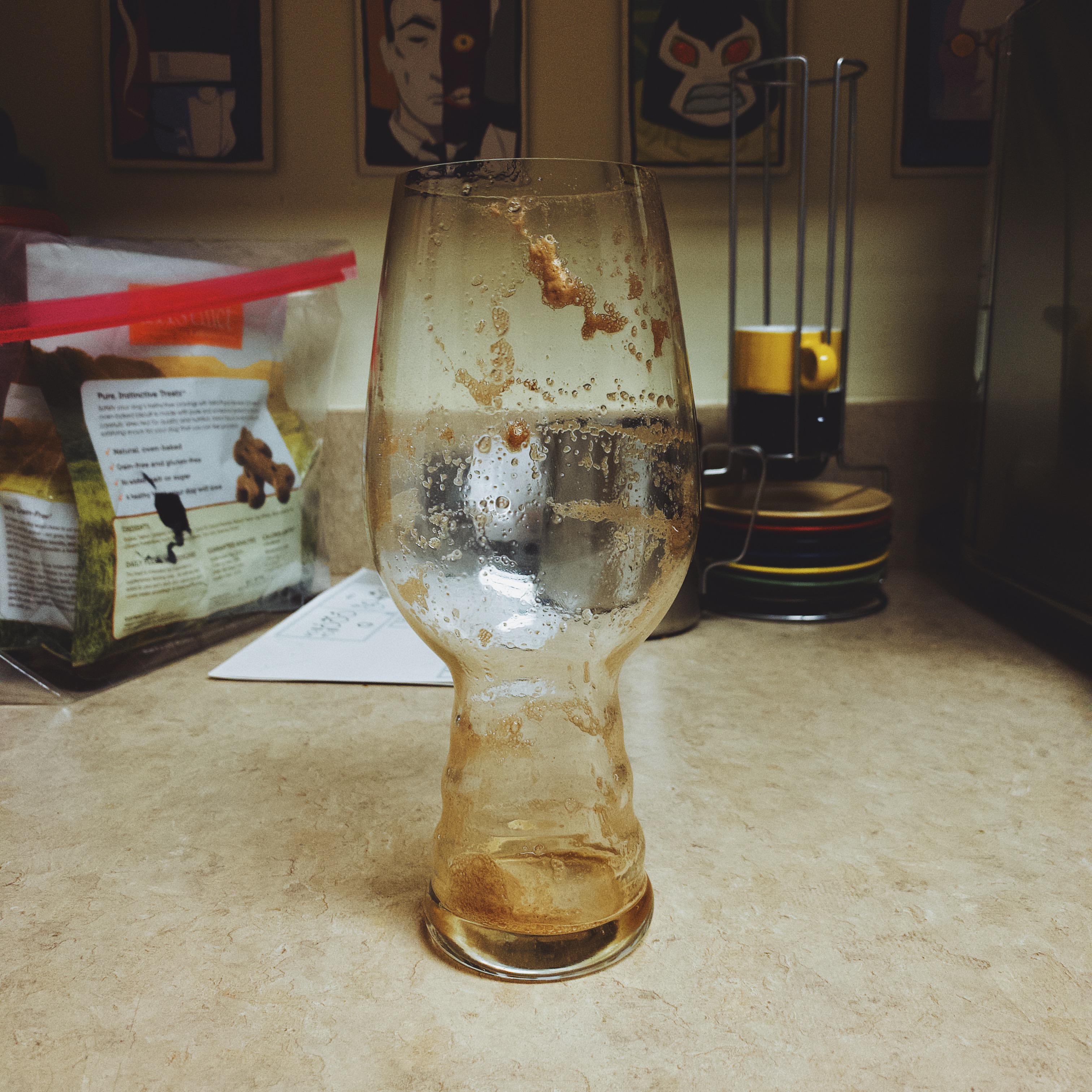 For those interested here’s a snap of the Shortfuse can: 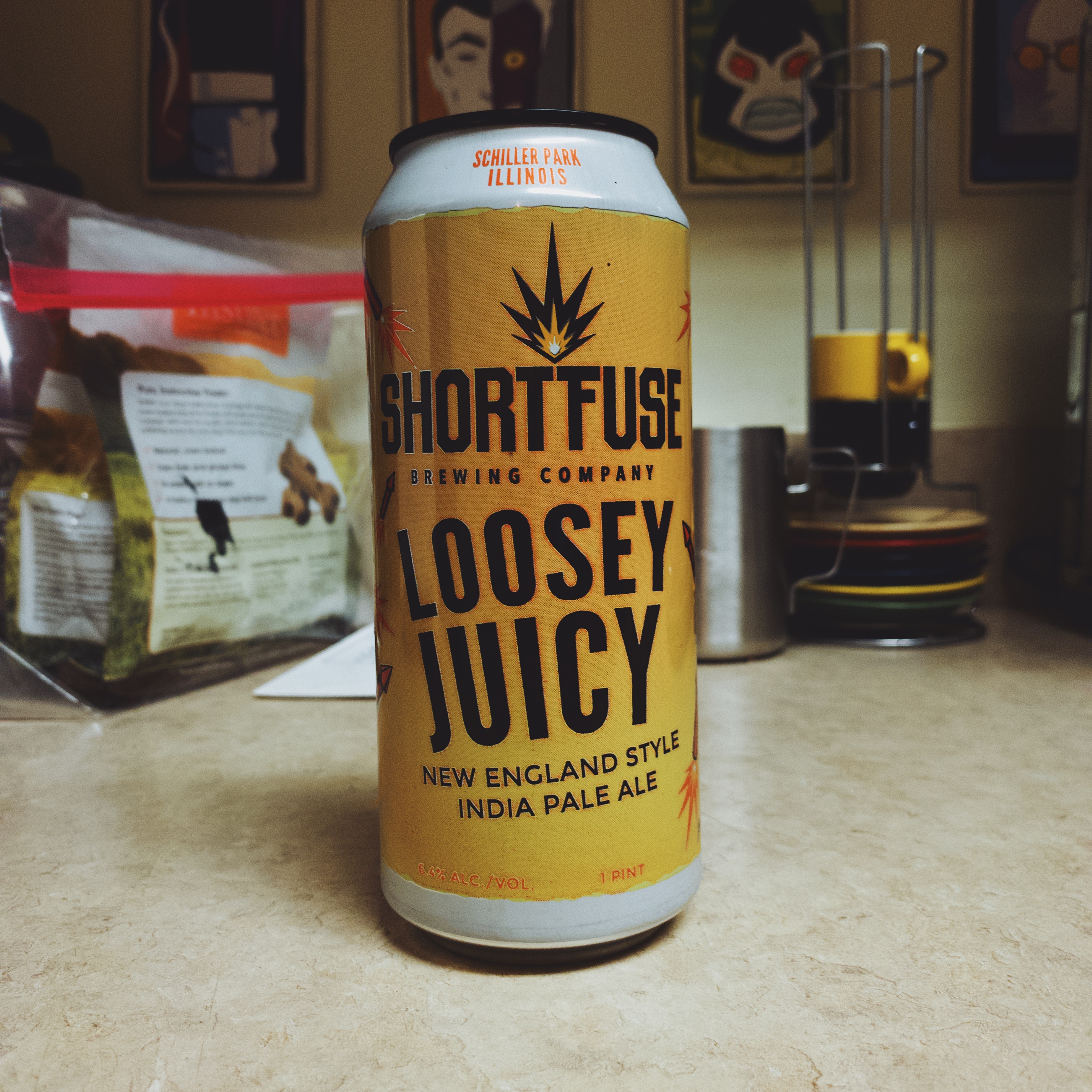